This weekend the three of us headed north to Ruttger’s on Bay Lake for my company’s summer outing. It was Maria’s first nights away from home, and she was perfect!! She slept almost the whole way there and through the night both nights (in her pack’n’play), plus a lot on Sunday including the whole way home as well!

We had a great time getting to know my co-workers better and relaxing at the resort.

On Sunday morning, Chad played in a golf scramble and I met my brother’s family (their cabin is only about 20 minutes away) for church on Church Island. It was Maria’s first boat ride. She was not liking the life jacket by the time I got my camera out, so I don’t have any pictures.

After church, I went back and picked Chad up. His team won the scramble, so he got a trophy! After we were all loaded up, we went to my brother’s for a late lunch, before heading home. All in all a great weekend preceding my last official week of maternity leave! 😦

Chad and Maria on the beach. She didn’t want to sleep in her shaded play dome, so our beach time was limited. 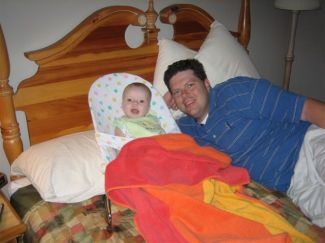 Maria watched ESPN with Daddy in the room. 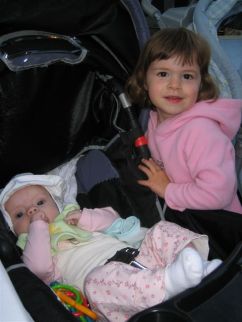 Maria’s biggest admirer of the weekend, Hailey was sure that Maria liked her. 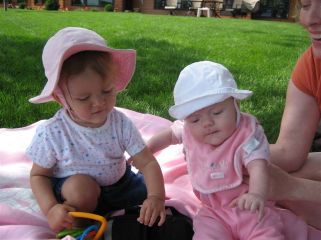 Cousin Elizabeth and Maria. Both were tired so getting even this picture was tough. 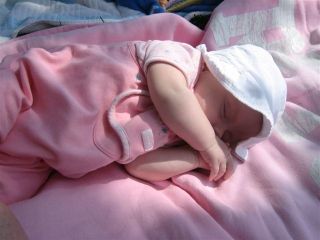 Maria a few minutes later… She found her thumb and that was all it took. She was out.