I just love this girl so much, and she’s growing up so quickly!

We had Rally Sunday this past week.  Charlie started Sunday School.

There was NO separation anxiety at all. He just walked in the classroom and made himself at home!  When I picked him up he said “We went outside. And God made Everything!!”

When we picked up Maria she showed me a picture she drew of herself on the Wild Thing and could not remember the Bible story they read. (Which I especially found amusing later that afternoon, when she told me that she was a better listener than Charlie)

Here they are being cute before church. Both are wearing hand-me-downs from their cousins!

Here we go again!  More milestones – of the first day of school type!

Charlie had his first day of preschool today and Maria her first day of First Grade.  Both had great days. Both were tired tonight – Especially Charlie!  But his teachers said he just went with the flow and it wasn’t like he was the new kid at all.  Of course, it helps that they all know him as Maria’s little brother!

Maria declared the new girl in her class her new Best Friend in the car ride home from after school care.  Which is good, considering her Kindergarten BFF is at a different school this year.  And she came home with homework (1/2 page of numbers). She has also been asked to read 20 minutes a day. So we set up a little table in her room, where she can work without Charlie and I showed her how to set the timer to make sure she gets 20 minutes in.

All in all, based on the first day. I think it’s going to be a good year!

On Sunday evening, we decided to get the kids out of the house. Even though we had a fun-filled weekend, we wanted to make sure we burned off a little energy before bed.  So we hauled the bikes up to the school to get some riding practice in. We figured we just needed a big flat space.

And it worked.  Maria rode her bike by herself – start to finish! time and time again!  So proud of her. We’d been struggling about 4 weeks ago with starting and keeping it up for more than 10-15 feet.  We hadn’t practiced in a long time but on Sunday, she didn’t hesitate – just got on her bike and went!  We were all excited!

Today we celebrated Maria’s Kindergarten Graduation.  She has had an exceptional year. She has made friends and really blossomed socially – honestly this is the part I was most worried about. I never doubted that she’d be great at reading or math or art or any of that stuff.  Although I must say I am very proud that she is coming out of Kindergarten reading chapter books and understanding basic math (including multiplication).

So proud.  Can’t believe how far she has come since last year’s graduation.

Six years ago – I introduced my baby girl on my blog.  Six. Whole. Years!

We celebrated last week with our family.  It was a fun party – We also had a girl scout event, so her friend celebration is post poned a few weeks.  We had a tired 6 year old after all the celebrating.

At age 6,  She is just 2 weeks from being done with Kindergarten.  She is starting to read chapter books all by HERSELF! Ivy & Bean are her favorites right now.  She loves princesses. (The theme of her party was princess with emphasis on Sofia the First).  She wants to dress like a teenager (?!)  and loves having her nails painted.  (which we do every week to celebrate her NOT sucking her thumb)  Maria is really close to learning to ride bike on 2 wheels.  She loves to play with Charlie (even if she may not admit it).  They play “babies” a lot. He loves to have her nearby. Even if he isn’t playing nicely, he gets upset if she leaves him at the sand table by himself.

We get the occasional eye rolls and sassy-ness.  Typical things like negotiating for dessert and trips to the Mall of America.  And also times when she forgets things and loses focus on the task at hand.  I’d say pretty typical for her age.    And really, it could be a lot worse.

She is loving school, loving having friends, writing notes to the 6th graders who are going to junior high next year. A real social butterfly.

We are just blessed to have such a special girl!

Can I just tell you that it’s pretty amazing that my baby boy is 3?

Charlie turned 3 this past Monday. We started our celebrating on Saturday with a Jake & the Neverland Pirates party.  It was definitely fun!  Lots of presents, cake, family (although some were missing due to a stomach bug). Charlie got loads of presents. Many pirate themed.  Sunday, he asked “my birthday still?” when I told him why we still had the balloons ups.  And on his birthday, he was hesitant (tired) of the blueberry muffin I got him, but then dug in and hung out in his jammies for awhile with Maria. Then we checked out his new train set. Later we had friends (6) come over for playdate and lunch. Plus more cupcakes!  It was a great birthday!

This kid at 3 has sooo much imagination. He loves his treasure maps, and just sitting and playing with toys – cars, pirates, toy phones, blocks, puzzles.  It amazes me how much he focus.

He transitioned to a big boys bed 2 weeks ago. And it was amazingly seamless. He also did a week of potty camp at my work’s subsidized backup daycare.  He did ok, but was not that interested. We’ve decided to give him more time (and all of us a break) until he seems more interested/ready.  The “nuk” (pacifier) is mostly being limited to sleeping and bedtimes, although he has a cold right now, and he seems to be getting some molars, so there are definite needs for exceptions on that rule.

His vocabulary has exploded again. and his sentences are getting more clear every day. I think my brother was a bit shocked at the party when Charlie walked into the room and said “Uncle Mike, come and see my bedroom!”

So yeah, seriously love this kid.  He brings so much joy to all of us, especially his sister who calls him a stinker but at this point doesn’t even realize that he is her biggest fan and best friend.

I picked up Charlie at back-up daycare yesterday and looked at his day sheet. I was very ecstatic to see he tried the potty 3 times and the third time he even went potty! Yay! 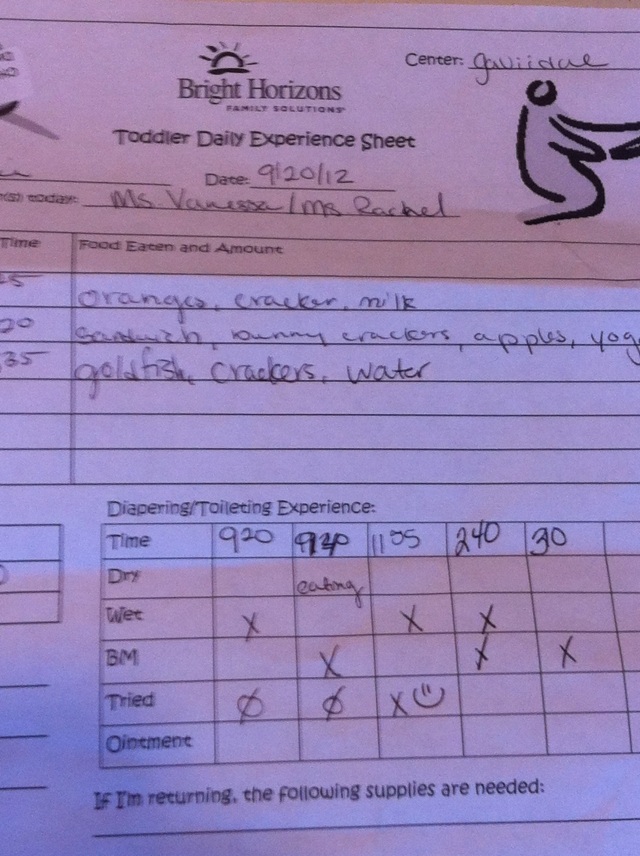 Maria is officially a Kindergartener!

She got on the bus today and rode off to school. Chad and I both took her to the bust stop, which is by our daycare provider.  And once she was on, we were left wondering all day what she was doing!  When she got off the bus this afternoon, she was excited to see me and Charlie waiting for her.

She said the teachers were waiting for the Kindergarteners (they started 2 days after the rest of the school) and had them all line up. Maria made some new friends and some others that she knew that are in other classes.  She had a peanut butter and jelly sandwich for lunch, because she thought the tacos would be too “hot”.  She had gym class and music class. Tomorrow they have science class.

She was tired. I could tell that.  Tonight tucking her in, she expressed some disappointment that they spent a lot of time “learning” and not much time “playing”.  She is hoping that next week when her teacher is back (she is out sick and they have a substitute), there will be more playing.  In order to keep her calm for bed, I just answered “maybe…”.  I think she is looking forward to Day #2, but I’m not convinced this transition will be super easy for my little over-thinker.  (She may get that from me!) But all in all, a good first day for all of us!

And she’s off to Kindergarten!

Yesterday was Maria’s last day of preschool. She did not seem sad at all to be leaving.

After I picked Maria up, we (Charlie, Maria, myself) went to Chili’s for dinner (Maria’s choice). And then Target and Costco to get some things for the weekend.  We brought home strawberry sundae’s from Costco and they ate them while watching TV before bedtime. We had a fun evening.  (Chad had fun too at his Fantasy Football draft)